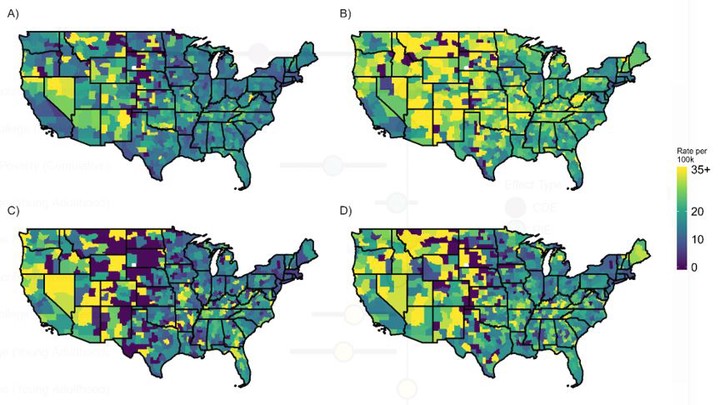 In this paper, we examine the ecological factors associated with death rates from suicide in the United States in 1999 and 2017, a period when suicide mortality increased in the United States. We focus on Non-Hispanic Whites, who experienced the largest increase in suicide mortality. We ask whether variation in suicide mortality among commuting zones can be explained by measures of the social and economic environment and access to lethal means used to kill oneself in one’s area of residence. We use vital statistics data on deaths and Census Bureau population estimates and define area of residence as one of 704 commuting zones. We estimate separate models for men and women at ages 20-64 and 65 and above. We measure economic environment by percent of the workforce in manufacturing and the unemployment rate and social environment by marital status, educational attainment, and religious participation. We use gun sellers and opioid prescriptions as measures of access to lethal means. We find that the strongest contextual predictors of higher suicide mortality are lower rates of manufacturing employment and higher rates of opiate prescriptions for all age/sex groups, increased gun accessibility for men, and religious participation for older people. Socioeconomic characteristic and access to lethal means explain much of the variation in suicide mortality rates across commuting zones, but do not account for the pervasive national-level increase in suicide mortality between 1999 and 2017. 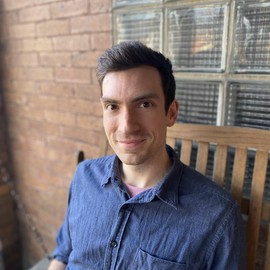